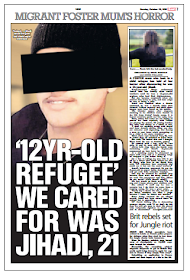 Don't disbelieve everything you read in the papers.
Just because it's in a newspaper doesn't mean it isn't true.

Last Sunday the Sun carried a page lead about a woman called Rosie who claimed that a 12-year-old Afghan boy she had fostered turned out to be a young adult Jihadi sympathiser.
Her own children had become suspicious about his age when they noticed while swimming that his body was hairy. He had appeared adept at handling a gun at a shooting range. He was able to overpower an "older" boy living in the house. A driver turfed him off a school bus, refusing to believe he was under 16. A dentist told the family - and social workers - that he was probably between 18 and 21.

Coming after Tory MP David Davies's calls for dental checks to determine the ages of child migrants and the row over Gary Lineker's tweets, it was obvious that the story was just another pack of lies to further the Sun's xenophobic agenda.

Except it wasn't - a pack of lies, that is.
There were white lies and errors. But essentially the story was true.

The young man didn't "strip down" a rifle. Identities were changed to protect the source - the number one rule in journalism.
The photograph of "Jamal" was doctored not because it was fake or to protect him (one doubter asked: "why was his face blocked out when the Sun didn't mind showing photographs of arriving refugees?") but to protect the woman who gave the interview.
She was frightened both of "Jamal" - as stated in the story - and  that she might lose the other children she fostered and the opportunity to care for more in the future.

Why did she take a 12-year-old who had just fled a warzone to a shooting range? Good question. It turns out it was more akin to a children's activity centre.

Why did she march him off to the dentist as soon as he got there? She didn't - and certainly not to find out how old he was. She took him for a check-up at the request of social services.

All of this and more is on a recording of a face-to-face interview with the woman, including:


It's probably also worth mentioning that this was not a woman on the make. She did not take her story to the Sun. The journalists approached her.

The Sun is not averse to giving a home to stories that put immigrants - and the immigration system - in a bad light. One reporter tells SubScribe that there was a ready market for such material before the EU referendum. There are legitimate questions to be asked, but the overall impression of hostility that comes from the Sun means it may not be the right newspaper to ask them.

So which is? The Mail? The Express? Just as bad. The Mirror? The Guardian? The story might be more believable coming from them - but would they run it?

Political correctness allowed the abuse of girls of Rotherham and Rochdale to go unchecked for years until  Andrew Norfolk's dogged reporting for The Times forced authorities to confront what was going on under their noses. In today's xenophobic atmosphere, what right-thinking (as opposed to Right-thinking) paper would carry this story?
Yet it deserves - needs - to be told.

In the hands of the Sun, the story of Rosie and Jamal feeds into the prejudices of those who think we should be turning our backs on immigrants/refugees/asylum-seekers, call them what you will.
If you read the copy carefully, it is actually dead straight with no editorialising or ranting.
But because of where it is, the Sun's core market will think that such situations are typical and Sun-haters will write it off as lies. What is the paper to do? Wave its hands in the air and say "Honest, guvs, this one's true"?

The Sun is being vilified on social media and in the blogosphere over this. One needs only to look to its recent past to see why. But on this occasion, it has conformed with the best standards of journalism. It has told a true story that is undoubtedly in the public interest and protected its source in doing so.
The real villains of this piece are "Jamal" and the social workers who left him with a caring family even after they had evidence that he was not the boy he purported to be.

There will be some nasty people among the refugees and asylum-seekers, people who want to exploit others' humanity to advance  nefarious projects. That doesn't mean we should close our borders and shut our hearts to the vast majority.
Remember that news is about highlighting the unusual.

Sometimes you can believe what you read in the papers. 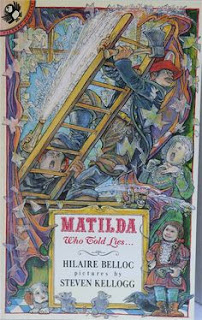 A cautionary tale for The Sun