Sir Alex is no saint and he's not dead, so why the brouhaha? 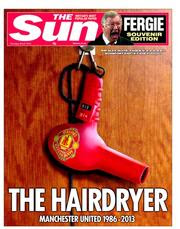 When everyone else thinks one thing and you think the complete opposite, chances are they are right and you're wrong.

Well, SubScribe is sorry, but this morning our entire national press was out of step.

Sir Alex Ferguson announced yesterday morning that he would be retiring as manager of Manchester United to take on a new role as director and club ambassador. This had been widely trailed, but the confirmation still generated 1.4 million tweets in the space of an hour, filling eight of the ten 'trending' spots.

It has been pointed out that Ferguson is the most successful British football manager so far, averaging more than one big trophy per season over his 26 years at Old Trafford. Well done, him.

But winning grotesque lumps of silver for a commercial enterprise - especially when you have a virtually bottomless purse to call on - has yet to become a route to beatification.

It certainly doesn't seem to be a more important matter than the Queen outlining a government programme ravaged by UKIP's performance in the local elections; nor, I would venture, does it match the death of Margaret Thatcher in historical significance.

Yet this morning the Ferguson retirement killed almost as many trees as the Iron Lady's death. Every daily newspaper, bar the Express, lost touch with reality in a race to be the most obsequious. And the surprise was that the tabloids were more restrained than the so-called serious papers.

The Mirror had a 'pull-out supplement', the Sun a 'souvenir edition'. The Mail gave over its 6-7 spread and a comment page in addition to its '12-page Sportsmail tribute'. 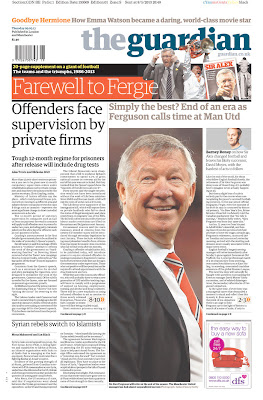 Moving on to the heavy guns, the Independent was quite restrained with two news spreads and nine pages in sport; the Telegraph ran a page 1 picture and a leader in addition to its '16-page souvenir special'. The Times confined itself to a puff and a leader at the front of the book, but then went all out with half a dozen pages in sport and a 12-page  'Man who changed the game' tribute. Finally, the Guardian had a front-page-picture, a puff, 2-3 spread and a 20-page 'Farewell to Fergie' supplement.

The Knight of the Hairdryer is one of the most successful people in the country and clearly has great leadership skills. He has a huge following of both admirers and detractors. But he is not the second Messiah, he is a football manager. He is 71 and he is retiring. He has not died - and even if he had, the national newspapers' response would still be over the top.

People have anecdotes about him to share. They can do that in the pub or in specialist magazines or on the web. Of course mobile phone jokes will spread like chickenpox and ad men will rush out their specials. Currys has offered a discount on hairdryers; Nando's and Kentucky Fried Chicken both had the idea of staying open five minutes longer than usual in tribute. That sort of thing is fun,  appropriate. Twenty-page supplements of people saying they remembered this or that about him, intertwined with statistic after statistic are not.

Ah, I hear you say, but he has brought money into the country; Manchester United is the most successful and famous club in the world. That may be, but it is still a football club. And football is still a game.

Sir Terry Leahy retired as chief executive of Tesco two years ago. He was a Tesco man all his life, joined the board in 1992 and took the helm five years later. By the time he left the company after 30+ years, it had become Britain's biggest retailer with something like £1 in every £8 spent in this country going to his shops. Like Sir Alex, Sir Terry won hats full of awards and had brought millions, probably billions into the country. When he left, there were no editions.

But he wasn't a national treasure, was he?

Fair enough. What about 'Sir' Terry Wogan, who retired from his Radio 2 breakfast show in 2009? OK, so he didn't retire from broadcasting, but nor has Ferguson retired from football. Wogan is by far Britain's most successful and popular entertainer in a generation; he works for himself and he works for charity. He stuck with the Eurovision Song Contest for more than a decade - which is more than anyone should be expected to do - and has hosted Children in Need since its inception in 1980.

He has been a chat show host, a quiz show host, a pro-am golfer and a best-selling writer. When he retired from the Radio 2 show, the Times ran an Auden pastiche as its third leader:  'Stop all the clocks, cut off the telephone; Terry Wogan is abandoning his microphone'. But there was no pull-out tribute.

People do serve assorted enterprises and employers for a quarter-century or more, and they are rewarded with suitable mementoes from colleagues and admirers. Sir Alex deserved more than a gold watch and a speech from the chairman. The country as well as the club wanted to mark the end of an era.  But today's sycophantic chorus was beyond anything.

Ferguson isn't even a hero. He's a foul-mouthed aggressive belligerent who bullies those who don't behave as he wishes - the boot aimed at Beckham's head, the dissing of referees, the gamesmanship in trying to prolong matches when the scoreline doesn't suit.

Most of the jolly 'I remember when Sir Alex...' stories today were of how he had been crossed and made his anger felt. To have suffered the hairdryer treatment was almost a badge of honour. There were few tales of kindness or generosity of spirit.


Long service alone does not make an ambassador, as  Manchester United should know better than most. Old Trafford has bred some true ambassadors for the club and the sport: Sir Matt Busby, Sir Bobby Charlton  and that future knight of the game, David Beckham. Ferguson's achievements may have outstripped these three in terms of cups won and years served, but he has a way to go to match Sir Matt and Sir Bobby in terms of character, demeanour and fair play.

I'm not saying the papers should have played down Ferguson's announcement. It surely deserved several pages of coverage, commentary, analysis in every paper. He is a big player in public life and one of the most well-recognised names in the country.

But if you devote 12, 16 or 20 pages to the retirement of one man in a special section, where do you have to go when the really important stories break? Suppose there was another 9/11? What if a world leader were assassinated? What happens when Gorbachev or Mandela dies? The Mandela supplements are as well-prepared as those for Margaret Thatcher were. Would the death of such an international statesman be worth one, two or three Ferguson retirements?

This is why coverage today was bonkers.

Oh, and just in case you're thinking 'she's a woman, she doesn't understand football', SubScribe would like to point out that she was a Manchester United fan when Ferguson was still playing for Dunfermline and that the sport was the catalyst for a career in journalism.

That career may not have made SubScribe sweet or kind or generous or an ambassador for anything, but it did hone her common sense. And common sense says that today's press coverage was bonkers.

Even if the Sun's front was inspired. 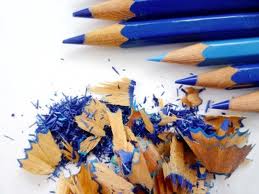 How do you see the future of journalism? Do you still have a paper delivered or pick one up at the station on the way to work? Do you prefer print, Kindle or iPad? Or have you given up on the mainstream media and switched to Twitter and blogs? Please join in the SubScribe survey here. Thank you.