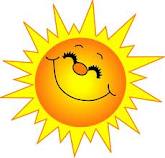 Well here we are in flaming June, shooting the breeze in our strappy tops and sandals. Er, not quite. After three months of drought, we are about as anxious for more water as Coleridge's Ancient Mariner. We wish we hadn't turned off the heating and put those winter clothes up into the attic. Edgbaston is flooded, the Suffolk Show has been cancelled, there are severe weather warnings all over the place and it looks grim, grim, grim.
So just to cheer us all up, here's a reminder of what it was like in March when the clocks were going forward to herald the start of British Summer Time. The post below commended Tom Whipple of The Times for his object lesson in how to write a weather story.
In today's paper he offers young reporters another such lesson - and I include some excerpts and a link at the foot of the post. This may seem dull bread-and-butter stuff, but as the BBC demonstrated at the weekend, we should never be too grand to learn.

If petrol prices going up are not news, then nor are the clocks going forward.
Time was that papers would put a little reminder on the front page illustrated with a  clock set at 2. But this year the arrival of British Summer Time is joined by the onset of a warm spell guaranteed to cheer  us up for the weekend. And most papers took the opportunity afforded by this happy coincidence to run jolly spring flower pictures with a bit of fluff about the weather.
This is just the sort of story that is a staple of bank holidays when nothing happens and the most junior reporter is assigned to write the wrap. The result is usually  an abundance of cliches and a turgid list of traffic jams, with details of road accidents that wouldn't make a brief in a local paper on any other day.
What sheer joy it was then, to read Tom Whipple's effort in The Times this morning. Charming and well crafted from beginning to end, it was a masterclass in how to approach such an assignment and should be required reading for every student of journalism.

The signs are there if you know where to look. B&Q is stockpiling barbecues. Sainsbury's has ordered emergency sausages. In  Wiltshire, the River Bourne is so low that the village of Collingbourne Ducis has cancelled its annual rubber duck race. And, if you go outside, you won't need a jacket.

Apart from the unnecessary commas, isn't that a wonderful intro? Who could resist reading on? Those who do are told the essentials, start of summer time and start of summer (well at least a summery weekend), some temperature forecasts, and then back to the way the country is responding:

In Cambridge, where the botanical gardens are in full bloom, Scudamores Punting Company has had to rush its punts out of winter hibernation early. Perhaps responding to this news, a Pimm's spokesman was one of a number of drinks companies to predict the first sales spike of the season.
But the grounded ducks of Collingbourne Ducis are not the only constituency to wish it was, well, nice weather for ducks...

And so he neatly brings back the duck race from the intro to rehearse  the worries about the drought. He then moves on to signs of spring and a variation on the 'first cuckoo' tradition before noting, with the scepticism one expects of a science correspondent:

The arrival of the first hot weekend has generally been marked in the British press by a new, equally honourable, tradition: listing which Mediterranean regions are (however briefly) cooler. thus, central Britain today and tomorrow will be warmer than Barcelona, Istanbul, Majorca, Malaga, Malta, Venice and, if you believe the Metro, the Sahara desert.
The country will also, for the sake of balance, be colder than Corfu, Rome and Cyprus.

Whipple reports on further effects of the warm weather, mentions the debate about permanent British Summer Time and general concerns about global warming, before concluding with a final paragraph as enchanting as the first.
It is a masterpiece, and for those willing to cross the paywall, here is the link to the online version:

So how did others tackle the story?
The Mail took a more conventional approach:

This weekend sees the switch to British Summer Time and, appropriately, it has been met with the first surprise heatwave of the year.
Far from the usual case of it being summer time in name only, Britain will today bask in temperatures up to 10C higher than the seasonal average, forecasters said.
The heatwave is expected to hit the south hardest, with predicted maximum temperatures of 21C (69.8F) in Berkshire, Surrey and Hampshire.

When we reach the fifth par, we learn
For the next few days London is expected to be warmer than typically sun-soaked capitals much further south like Madrid, Rome and even Athens.

Meanwhile the Telegraph dives straight in with this intro
Britain will be hotter than the Mediterranean and Bermuda this weekend as temperatures rise to more than 68F (21C) in parts of the country.
Enough said. 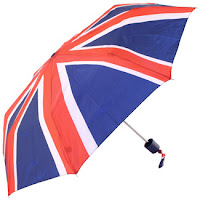 In the Met Office they are putting a positive spin on the situation. "At the moment," explained Charles Powell, a spokesman, "we have wet days interspersed with the occasional dry day." By the end of the month - by, in fact, Midsummer's Day - he expects a dramatic reversal. "We will see more dry days," Mr Powell said. "Interspersed with wet days."


And so Whipple strikes again. It's an intro that breaks almost all of my golden rules. It has five sentences. It has two quotes, both of them interrupted by attribution. We have the dreaded words "a spokesman". We have "explained" instead of the simple "said".
And it works a dream.


He continues:
In other words, a very bad summer will have become an averagely bad one. But before barbecue sales have a hope of overtaking umbrella sales, we have two days of what, were it not June, would be termed a very bad autumn.


The story then catalogues all the bits and pieces you expect to find in a weather roundup: the official warnings (sadly, not about sun factors but about falling trees), people in trouble, the effects on the hosepipe ban, before returning to the art of writing with the final three paragraphs, which I reproduce in full:


As the bunting still lining the lampposts at Torquay seafront was battered by the spray of crashing waves, some were tempted to describe the weather as a grim end to the joy of the Jubilee. But that would be to ignore the grim start to the joy of the Jubilee.
Because for Torquay's sodden Union Jacks, the only appreciable difference is that while on Sunday they were sodden with fresh water, yesterday's high winds meant they were also sodden with salt water.
And it is by such fine gradations that the relative grimness of a British summer is measured.


What a joy! And in a 543-word story, how many times does Whipple use the word rain? Once.


I realise that I risk being accused of puffing The Times, which is definitely not my intention. But this man has class. If you can bear crossing the paywall, here is the link to the article as it appears on the web.

Suddenly the prospect of winter doesn't seem quite so awful: what will he make of blizzards and black ice? It'll be good, no doubt.
But, like the rest of the country, I'd prefer to wait a while for that one.


Thank you for sticking with it to the end. Please do share your thoughts below. And please take a look at the other posts. They are all media related.


Sold down the river the Beeb's flotilla and fireworks fiasco - and a feeble fightback. Why didn't the top man have his hand on the tiller?


Out of print a love letter to newspapers in this digital age. Why they don't have to die if we have the will to let them live and thrive


Missing: an opportunity How the hunt for Madeleine McCann could be turned into a force for good instead of just a festival of mawkish sentimentality


Riding for a fall Does buying a ticket for a jolly day out at the races mean you are fair game for the snobs who sneer and snipe?


Just a pretty face Illustrating the business pages isn't the easiest job in the world, but spare us the celebs who aren't even mentioned in the story


The world's gone mad Don Draper returns and  the drooling thirtysomethings go into overdrive But does anybody watch the show? (But there is more Whipple in this post!)